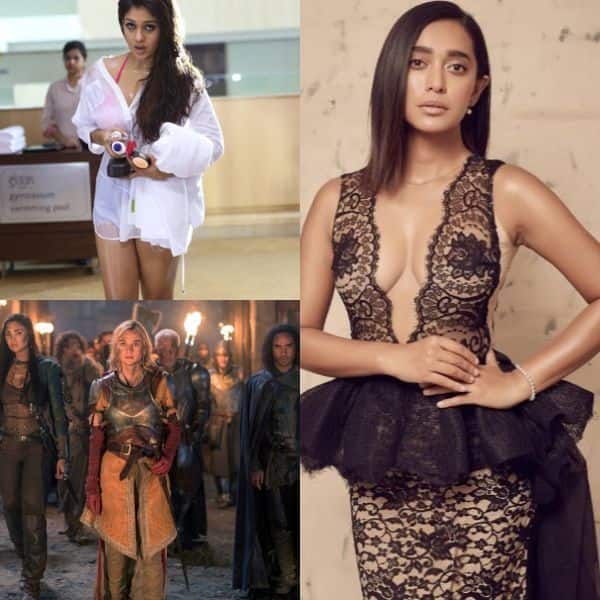 As we shut the chapter on another eventful day, it’s time to look back at the biggest newsmakers from the OTT space who’ve made it to the trending entertainment news today. From Nayanthara’s web series debut and The Outpost finally arriving in India to Sayani Gupta’s sensuous moves in a see-through top, The Family Man actress Priyamani supporting Kareena Kapoor and Netflix’s Masaba Masaba season 2 going on floors – here’s all what grabbed headlines to make it to the trending OTT news today… Also Read – OMG! Nayanthara to make her grand OTT debut with Netflix’s Baahubali – Before The Beginning – launch date and other cast deets inside

So, without further ado, here are the OTT newsmakers of 18th July 2021:

Word is that shooting of the mega-budget web series began as far back in 2018, but unhappy with the result, Netflix apparently ordered a reshoot of Baahubali: Before The Beginning with a fresh cast and an entirely new Director, with Nayanthara now headlining the web series. Also Read – RRR: Did you know the box office blockbusters SS Rajamouli has churned out with Jr NTR and Ram Charan? Get ready to get your mind blown

The Outpost finally arrives in India

You can now enjoy foreign action, romance, crime and mystery with new episodes dropping every week for four shows from varied countries, and that, too, for completely free. Here’s a list of the popular shows launching this month on various dates at a 1-stop destination OTT platform…

Read the full story here: The Outpost, Penthouse, Snowdrop, Hekimoglu – the best English, Korean and Turkish web series are arriving on this OTT platform on THIS DATE in India

Sayani Gupta’s latest video, where the actress is twerking her buttocks in all manners of sensuality while wearing hot pants and a see-through top, that only serve to add dollops to that sensuality, is ample testament of how positively she’s enjoying life both personally and professionally these days.

Read the full story here: TOO HOT! Sayani Gupta sets internet on fire with her sensuous moves in a hot pant and see-through top; gets thumbs up from fans – watch video

A well-placed source informs us that Netflix’s Masaba Masaba has gone on floors today, 18th July. Netflix had confirmed the second season a short while ago, and now, word is that the Masaba Gupta-Neena Gupta web show has begun shooting from today. Stay tuned for more updates on the series.

Kareena Kapoor was in the news of late when headlines screamed that she was allegedly demanding Rs. 12 crore to play the role of Sita in an adaptation. This led to the actress being trolled heavily on social media. Reports also suggested that makers were looking for a replacement as they could not afford the fee. Now, Kareena Kapoor Khan has found support from none other than Priyamani.

Read the full story here: The Family Man actress Priyamani comes out in support of Kareena Kapoor Khan on pay disparity matter; says, ‘She deserves it’