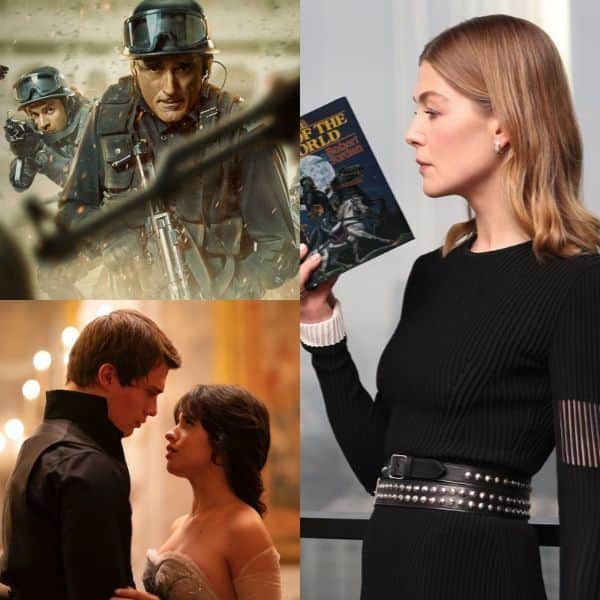 With another day being enveloped by a moonlit sky, it’s first time to look back at the biggest newsmakers from the OTT space who’ve made it to the trending entertainment news today. From the Cinderella teaser subverting the classic Disney fairytale and the State of Siege – Temple Attack trailer looking mighty exciting, to The Wheel of Time release date, and the movie reviews of Haseen Dillruba and The Tomorrow War – here’s all what grabbed headlines to make it to the trending OTT news today. Also Read – Haseen Dillruba movie review: Taapsee Panuu, Vikrant Massey and Harshvardhan Rane are ‘haseen’, but the script and direction hardly match their efforts

So, without further ado, here are the OTT newsmakers of 2nd July 2021:

Written for the screen and directed by Kay Cannon with covers of songs written by some of the top-selling musical artists of all time, Cinderella has an all-star cast that includes Idina Menzel, Minnie Driver, Nicholas Galitzine, with Billy Porter and Pierce Brosnan. Also Read – CID cast Dayanand Shetty, Shivaji Satam, Aditya Srivastava to reunite for a thriller show? Here’s what we know

Read the full story here: Cinderella teaser: Camila Cabello and Idina Menzel’s OTT take on the Disney classic turns the fairytale on its head with a transgender godmother and coloured princess Also Read – Dayanand Shetty aka Daya on CID rerun: I am very happy with the decision and it’s a very nice feeling

Along with Akshaye Khanna, Vivek Dahiya and Gautam Rode will also be seen playing NSG commandos in State of Siege: Temple Attack, while actor Akshay Oberoi will be seen in a cameo. The film will simultaneously release in Hindi, Tamil and Telugu on Zee5.

The Wheel of Time release date

Based on Robert Jordan’s fantasy novel series of the same name, The Wheel of Time web series has already been greenlit for a second season, so confident is Amazon Prime Video over the show. Besides Gone Girl actress Rosamund Pike, it also stars Daniel Henney as Lan Mandragoran, Josha Stradowski as Rand al’Thor, Marcus Rutherford, Zoë Robins, Barney Harris, and Madeleine Madden.

Rani Kashyap (Taapsee Pannu) and Rishu (Vikrant Massey) enter an arranged marriage, but no sooner than they tie the knot, that all hope of a budding romance is quickly snuffed out. Enter Neel (Harshvardhan Rane), Rishu’s cousin, who’s dashing, handsome, charming and everything else that Rani’s been looking for in her dream man. But when Rishu is pronounced dead, all suspicion leads to Rani and her absconding lover, Neel.

Despite its derivative nature and and slightly overstaying its welcome at 2 hours and 15 minutes, Amazon Prime’s The Tomorrow War zips by on the sheer conviction of its larger-than-life set pieces, fantastic creature design, adrenaline-pumping action sequence, and a wholly committed cast, especially a completely endearing Chris Pratt.

Biden blocks removal of most Hong Kong residents from U.S. for 18 months, cites…

US wants Pakistan to keep border open for Afghan refugees

Toxin Sponges May Protect Poisonous Birds and Frogs From…