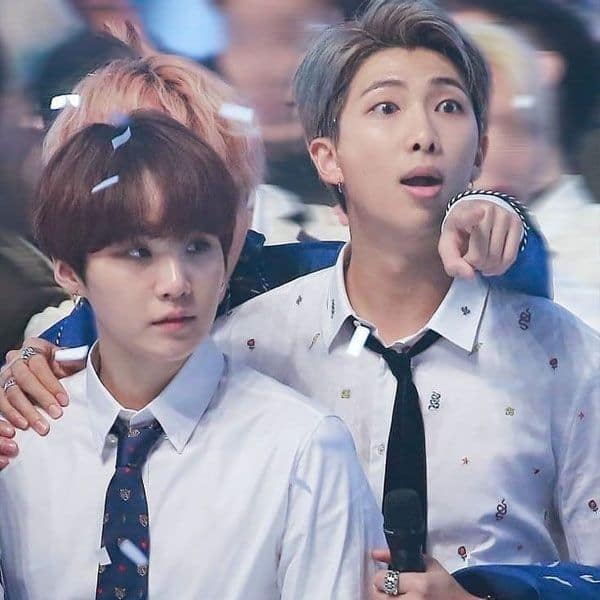 Apart from their impeccable dancing and singing skills, BTS members RM and Suga have been grabbing the attention for matching their outfits. Well, we don’t know whether the duo twin intentionally or it happens out of coincidence. While earlier Suga donned the outfits of FG (Fear of God), later RM rocked in the same brand. Several fans posted homophobic slurs for them on social media and some even asked whether the duo are donning couple tees and outfits. Also Read – BTS: When Jungkook revealed that he would like to recreate this KISS from a film in his real life

A few years back, a fan posted the pic of Suga and RM on Weverse, where they are wearing the same outfit and wrote, “Yoongi and Namjoonie’s couple look. Are they wearing matching clothes or sharing…” To which, Suga gave a hilariously reply, “We bought [the shirts] separately…Some of them I bought earlier, and some of them I bought later. We don’t pay attention to each other.” Also Read – BTS: When J-Hope felt ‘embarrassed’ talking about success – know why

Get ready to check your mailbox this coming week if you pre-ordered @bts_bighit BUTTER cassette or vinyl ?. The chance to own the cassette is melting away! Grab your copy and all versions of BUTTER on the official BTS store! https://t.co/43iAh0otvL #BTS_Butter

Talking about BTS, the K-pop band recently delivered a global chartbuster with their second English song, Butter. In the press conference of this track, RM said, “When we received the song, we felt that its rap part needed some arrangement that could match our own styles. So, Suga, J-Hope, and I got to participate in rewriting the verses. It was a competition, and I was lucky enough to get selected.” On the other hand, Suga asserted, “I’d actually studied English in order to write for “Butter”, since it’s an English song, but yeah, I failed mercilessly.” Also Read – BTS’ Jimin shows his star power as he tops brand reputation ranking for 30 consecutive weeks; ARMY congratulates the handsome hunk