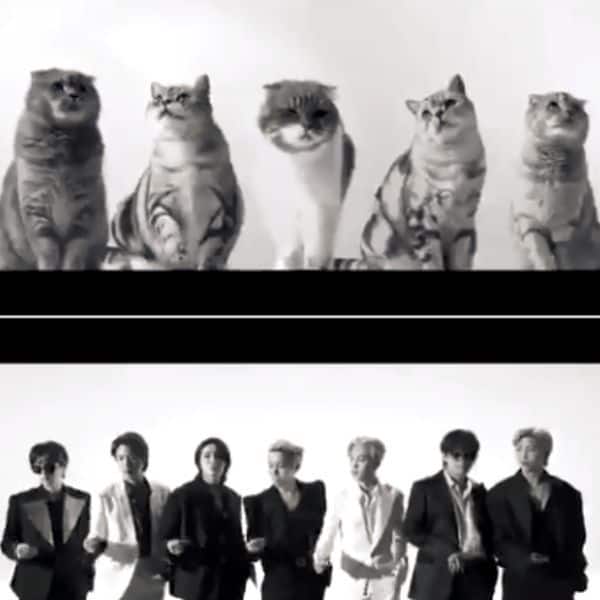 BTS is one of the most popular bands we have. They have a huge fan following and their songs rock on the internet. Their recent single, Butter was recently released and is smashing all records. Now, a new cat version is out. In the new video we can see some cute cats as the song plays in the background. It’s cute, funny and also has a twist in the end. Have a look below: Also Read – Not Seoul, BTS members actually belong to these cities! Know here

The song is getting a lot of reactions from fans. Here’s a look: Also Read – BTS: The septet to release their comeback album on 9th July? ARMY here’s an update from Big Hit aka HYBE

NOOOO THIS IS SO CUTE BYE https://t.co/AtUQoiIxHu

THIS IS AMAZING I LOVE IT SO MUCH https://t.co/UWJwyRhkdF

IT’S THEM ?? THEIR YOUTUBE CHANNEL IS SURINOEL ~ SURI IS THE MOTHER, NOEL IS THE FATHER ~ THEIR THREE CHILDREN ARE RAON, THE ELDEST DAUGHTER, IZ IS THE MIDDLE AND SOUL IS THE YOUNGEST ??? A FAMILY OF SCOTTISH STRAIGHT & SCOTTISH FOLD ?? PLS THEY’RE ADORABLE T^T https://t.co/Qv8hLfR0iv

Not just ARMY but several international celebs have acknowledged and loved Butter. From the Queen to Taylor Swift and more, Butter has been getting a lot of praise from everywhere.

In a recent press conference, the BTS revealed that there was some sort of competition among the rappers in order to shortlist their lyrics for the song.

“When we received the song, we felt that its rap part needed some arrangement that could match our own styles. So, Suga, J-Hope, and I got to participate in rewriting the verses. It was a competition, and I was lucky enough to get selected,” RM said. On the other hand, Suga admitted that it was quite tough for him to write the lyrics in English since he had to study it but miserably failed at it. “I’d actually studied English in order to write for “Butter”, since it’s an English song, but yeah, I failed mercilessly,” he said. But in the end, it was RM’s (who is apparently fluent in English) lyrics that made it to the final version of Butter.

What countries are hosting the tournament and is the final at Wembley?