RM, Suga, Jin, Jimin, V, Jungkook and J-Hope REVEAL that they lived at McDonald’s when they were trainees 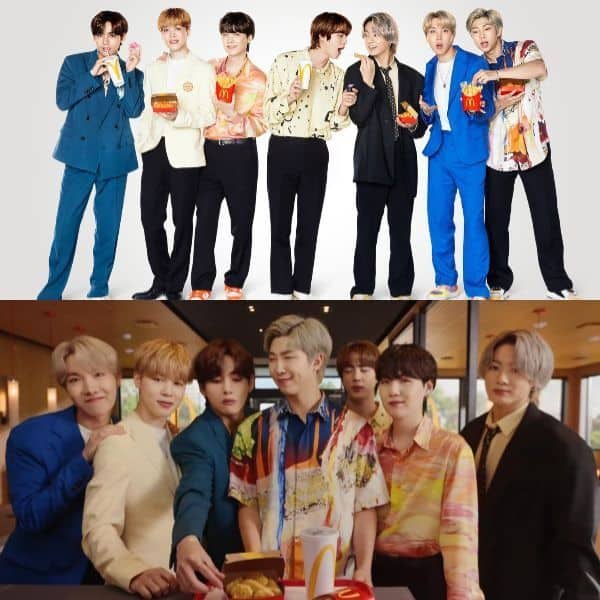 Popular South K-pop band BTS has recently collaborated with fast-food giant McDonald’s to offer fans a limited-edition meal. Well, do you know why the boys decided to work with McDonald’s? Because the group has special memories associated with them. Recently, the boys revealed that they practically lived at McDonald’s when they were trainees. Also Read – BTS’ RM, Jin, Suga, J-Hope, Jimin, V and Jungkook share a special message in Hindi for Indian ARMY

In a promotional video for the BTS Meal, the boys revealed their fond memories associated with their fast-food chain. “There was a McDonald’s about 10 minutes away from the dorm where we used to live before we debuted,” Jin recalled. While Jimin revealed that he also ate at McDonald’s like a high school student. He said that there was a McDonald’s at the bus terminal he often visited and often stopped on the way to classes. Jin further said, “It’s open 24 hours, so we would go there when we were hungry, and we’d ask each other, ‘How was your day?’ and have a good time.” Also Read – All you need to know about the #BTS boys’ makeup choices, skincare routines, hair colours and accessories

Suga also walked down the memory lane and said that he wanted to go to McDonald as a child. He said, “When you’re young, if your parents tell you to tag along to the mall, by saying they would get me McDonald’s fries, then I would go.” Also Read – BTS: ARMY gives V aka Kim Taehyung’s curly hairdo to the rest of the members, and the results are AWWDORABLE – view pics

On May 26, McDonald’s released a limited-edition BTS Meal worldwide and ARMY went crazy over it. The meal will be available at McDonald’s stores until June 20. The meal includes 10 pieces of chicken McNuggets, medium fries, and a coke. Along with this the McDonald’s offers two dipping sauces – Sweet Chili Sauce and the Cajun Sauce.