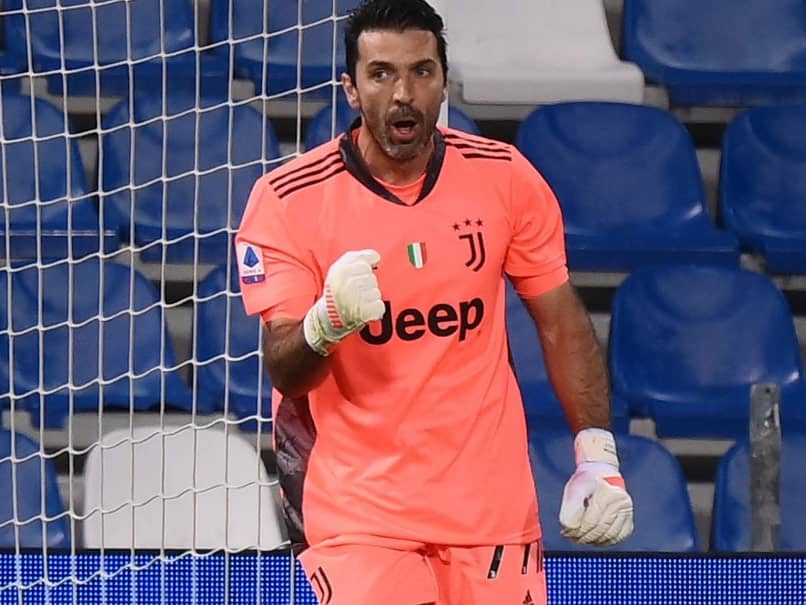 
Gianluigi Buffon has been linked with a move to Silvio Berlusconi’s ambitious Monza when the Italian goalkeeping great leaves Juventus at the end of the season, according to reports in Italy on Friday. Monza missed out on reaching the Serie A promotion play-off final on Thursday night after losing 3-2 on aggregate to Cittadella, despite a 2-0 second-leg win in which Mario Balotelli scored. The Serie B side are one of several clubs interested in signing the 43-year-old, who has not ruled out continuing playing, Gazzetto dello Sport and Corriere della Sera reported.

Turin daily Tuttosport also reported Buffon’s former club Parma, where he started his career in 1995, were also interested after being relegated this season.

Buffon played his final game for Juventus in the Coppa Italia final midweek where he lifted the trophy for the sixth time.

It was his 685th game for Juventus and his 27th career trophy, including the 2006 World Cup.

“I am analysing the proposals I have received,” the Italian revealed afterwards.

“If I find someone crazier than me with an interesting project, I’ll follow him.

“I will choose the one that I find most stimulating.”

Former Italian Prime Minister and media mogul Berlusconi missed out on a return to Italian football’s top table for the first time since selling AC Milan in 2017 after 30 trophy-laden years.

Berlusconi bought Monza, then in Serie C, in September 2019 for the relative pittance of a reported three millions euros ($3.4 million) and invested heavily in the team.

He also brought in his historic right hand man Galliani to help guide the team to the top.

Monza were promoted to Serie B last season.