Suga reveals about his battle with depression; says, ‘It’s almost like cold weather’ 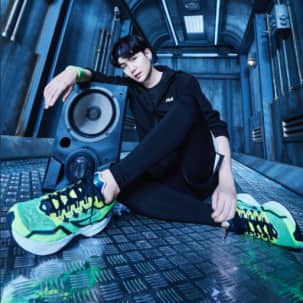 There is no doubt that BTS’ Min Yoongi aka Suga is one of the most talented members. But like many talented artistes he too struggles with depression. In fact, a lot of his lyrics are inspired by his battle with the disease. He has written about how the pain of depression is real. The young man is an advocate of mental health issues and LGBTQ rights. Talking about his struggle with depression, he told Rolling Stone that the negative feelings have largely diminished but they do come back occasionally. But he feels he is much better equipped to deal with it.

He told Rolling Stone, “I’m comfortable now and feeling good, but those sorts of negative emotions come and go. So it’s almost like cold weather. It may come back in a cycle over a year, year and a half.” He says he draws a lot of strength from fans who listen to his music and get a sense of consolation. He said it makes him feel very good. Suga told the magazine, “It’s very encouraging. I think, for anybody, these emotions are not something that need to be hidden. They need to be discussed and expressed. Whatever emotions that I may be feeling, I’m always ready to express them now, as I was before.”

The young man who came from an economically backward home dealt with chronic shoulder pain for years. He would work part-time during his idol training and had an accident. The pain lasted for years. Suga has suffered from depression, OCD and social anxiety as a teen. He has said that he would fret over his looks feeling that he could not make it as a singer. He told Grazia in 2016, “The press is raising issues with the standard of beauty as how thin someone is. On the other side of the world, however, there are those who die from starvation. We should be more interested in that. If I become influential and honorable, I will try to turn people’s attention towards [these issues].”