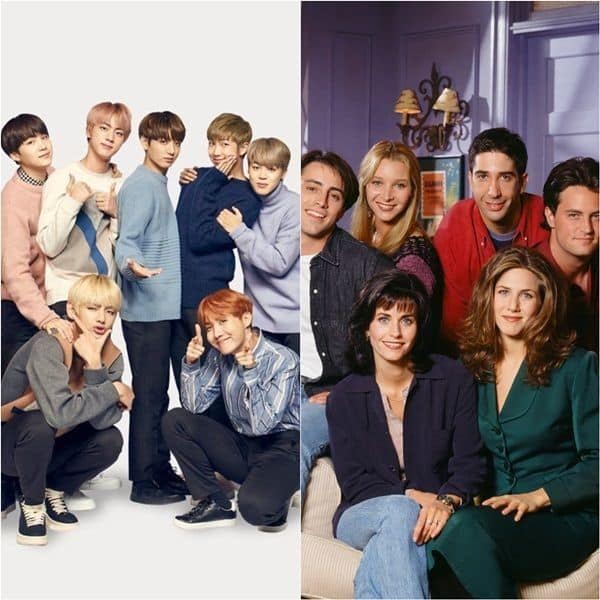 The much-awaited Friends reunion special is all set to premier on May 27 and fans have already been sharing their excitement. Friends: The Reunion will debut on the one year anniversary of the launch of the network HBO Max and exactly one year after it was originally supposed to air. And guess what, the members of the K-Pop super band, BTS, are going to make a special appearance on the show. Also Read – BTS’ Jimin opens up on his love for the K-Pop band members and how they are like a family to him

The septet will join the likes of celebrity guests such as Justin Bieber, Lady Gaga, and others, streaming service HB0 Max said on Thursday. The BTS ARMY has gone crazy on social media as they can’t keep calm to watch their favourite boy band on the popular show. Also Read – Friends: The Reunion teaser: BTS, Justin Bieber, Lady Gaga and others collaborate with the ensemble cast to give us a memorable experience

Shedding some light on BTS’ role in the Friends Reunion, director Ben Winston said that they will have a short moment on the show. “I want to manage your expectations on this – it’s a really short moment from BTS. They are great of course, but they are one of the interviews, talking briefly about why they like friends,” Ben replied to a famous BTS fan account. Also Read – BTS: Here’s why Kim Taehyung aka V was a ‘Hidden Member’ for almost two years

One fan tried to decode the short appearance of the BTS and who among RM, Jin, Jimin, V, Suga, J-Hope and Jungkook will be featured in the special episode. “So, likely it’ll have Namjoon (BTS leader RM) talking abt how his mom loved Friends & how she gave him the entire series on DVD which he used to help him learn English. Since it’s a Friends special, my guess is the angle (would) be cultural importance & impact of the show, incl internationally,” the fan wrote. To which, Ben replied, “Spot on. Really important to manage expectations. It’s a great but short interview.”

I want to manage your expectations on this – it’s a really short moment from BTS. They are great of course, but they are one of the interviews, talking briefly about why they like friends.

Spot on. Really important to manage expectations. It’s a great but short interview.

Friends: The Reunion was originally set to film in February 2020 but the unit was only able to begin filming in April. The special stars the original cast of Jennifer Aniston, Courteney Cox, Lisa Kudrow, Matt LeBlanc, Matthew Perry, and David Schwimmer.

Friends: The Reunion will debut on HBO Max.

Urvashi Rautela Will Leave You Stunned With Her Abs Workout